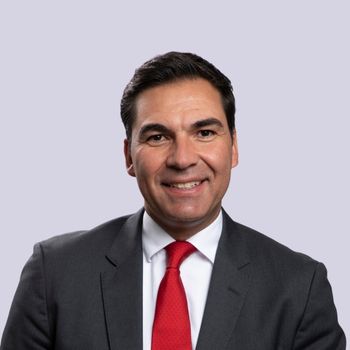 Fernando Fernandez is the General Manager of USG Mexico and Latin America. In this role, he is responsible for the strategic direction, profitability and growth of USG’s Mexican and Latin American business.

Fernandez joined USG in 2007 as director, Marketing and Sales, and has more than 20 years of expertise in marketing, sales, strategy and the construction industry. He holds a bachelor’s degree in industrial and systems engineering from the Instituto Tecnológico de Estudios Superiores de Monterrey (ITESM), an MBA from IPADE Business School, and has completed post-graduate studies at The University of Chicago Booth School of Business.

Under his leadership, USG Mexico has been recognized four consecutive years as a Socially Responsible Company by the Mexican Center of Philanthropy.  Fernandez is married with two daughters in whom he has instilled his passion for sports.