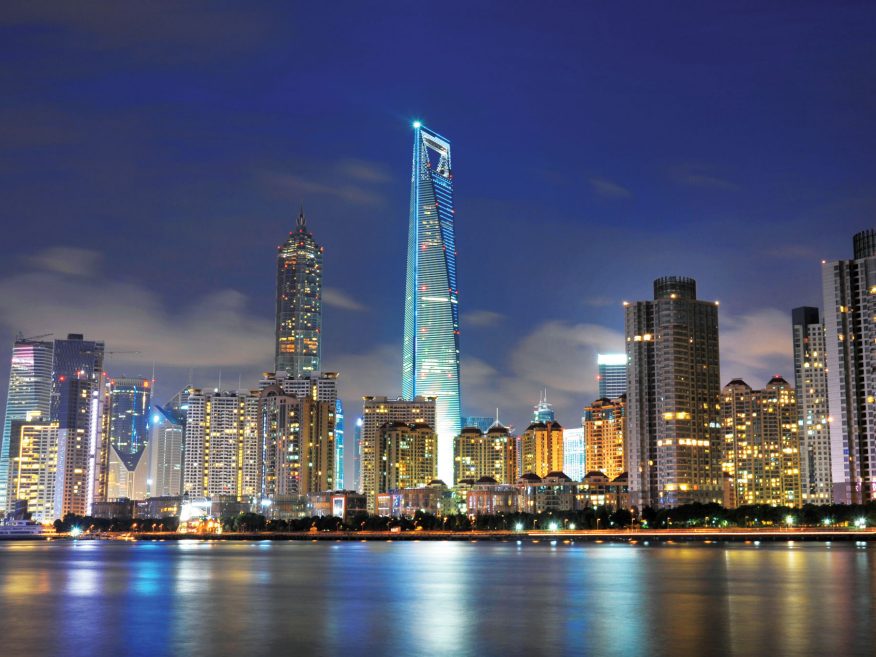 The Shanghai World Financial Center is a symbol of commerce and culture that speaks to the city’s emergence as a global capital.

Located in Shanghai’s Pudong District, the mixed-used building is a vertical city, containing 62 office floors, conference facilities, urban retail and dining spaces, and a 174-room five-star Park Hyatt Hotel at the top—the world’s highest hotel from the 79th to 93rd floors. Above the hotel, at the 94th to 100th floors, is a visitors’ square and observatory offering incredible views of stunning Shanghai.

The building combines three structural systems and a perimeter megastructure consisting of columns, beams, and braces, a central core wall, and an outrigger connecting both of these structures to ensure safety against the threat of earthquakes and strong winds.

“Optimizing form and function was paramount to the design of this incredible structure,” says Jennifer Scanlon, President and Chief Executive Officer. “The USG Sheetrock® Brand Shaft Wall System, a fire-rated assembly consisting of gypsum board, steel and insulation, was instrumental in creating a solid foundation for the astonishing architecture of the build.”