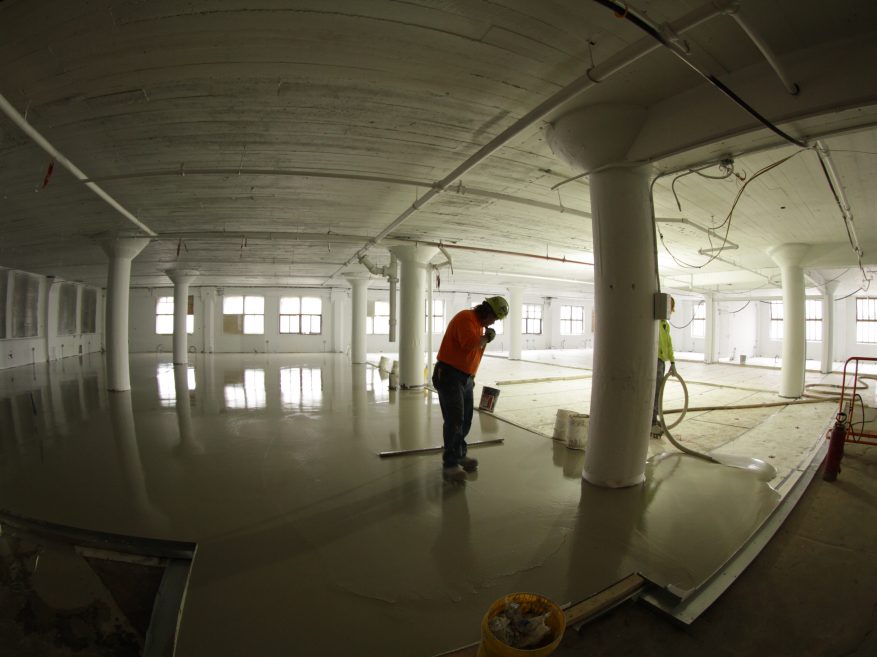 From Candy Company to Retail and Residences

The history of the Ziegler Candy Company spans many decades. Founded in 1861 in Milwaukee, Wisconsin by George Ziegler and his brothers-in-law, the company became famous for its five-cent Ziegler Giant Bar and various American and French confections. Additionally, the company was known for its innovative processes related to candy making, packaging and marketing. Just as these developments were crucial for the success of the Ziegler Candy Company, USG Levelrock® Brand products proved to be essential in the remodeling of this historic building.

In the summer of 2015, the Ziegler Candy Company building was transformed into a loft-style mixed use building, known as The Brix. In this project, USG Levelrock® Brand 2500 Floor Underlayment and USG Levelrock® Brand D20 Plus™ Low Profile Sound Mat were critical components in the restoration of this industrial factory. The products worked together seamlessly to transform the bare, industrial space with limited sound control, into one fit for families and singletons where noise would no longer be an issue.